Posted by Phil on 8/19/2017 to Shop Projects & Shows
We rolled up to Nampa Idaho this weekend for the Shenanigans Car & Truck Show, hosted by Sunset's Idaho chapter.

The first thing I noticed rolling into the show was that there were a BUNCH of Datsuns on display!  I had a chance to talk to most of the owners, and apparently there are usually even more old school minitrucks at these local shows! 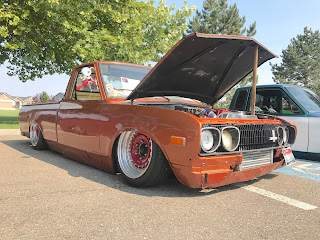 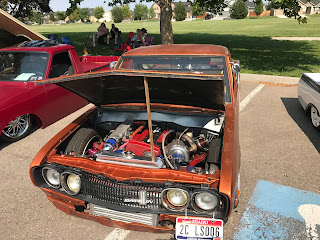 This one definitely caught my eye, sitting on the ground, tucking a set of 6-lug racing wheels, and sporting a CA18DET.  Looks like a lot of fun! 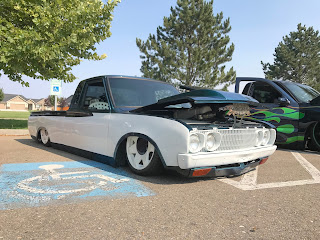 This 620 was very nicely built as well. 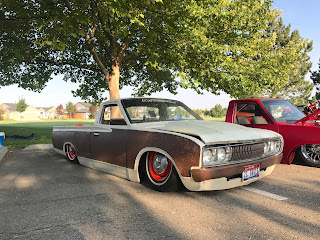 Chopped top, body dropped, tilt bed... lots of mods on this 620.
It wasn't all Datsuns, though.  There were plenty of other minis in attendance, some cars, and several full size trucks as well. 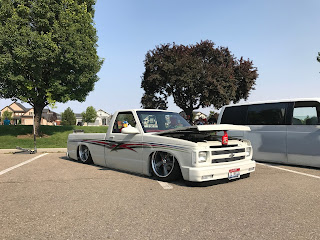 A lot of work went into this clean 1st-gen S10.
While we were in Idaho for the show, we had a chance to hang out with some of the local Severed Ties chapter, too.  They had a few of their vehicles on display: 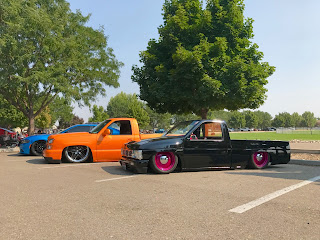 Here's a quick video walkthrough of the show:
They've already announced that next year's show will be on August 19th - hope to see you there!
Previous Post
Next Post
Information
Browse By Category