Posted by Phil on 5/19/2019 to Shop Projects & Shows
For the past 15 years, Geno and the Datslocos crew have held a Datsun show and swapmeet in Northern California. They started with a simple neighborhood BBQ, but as word spread the show grew, and for the past several years it's been held in a mall parking lot in Manteca.

This year, some late-season rain threatened to keep people and their cars home, but a shift in the weather made for a dry and cloudy morning. I didn't get a count, but it looked like around 150 cars and trucks showed up, along with lots of vendors of both swap meet goods and new products for our classics.

I brought the 510 of course, and filled the bed of my truck with a bunch of Datsun parts I've been hoarding for way too long.Most of my time was spent either talking to people about my car or selling parts, but I got a chance to sneak away and get some video of the show: 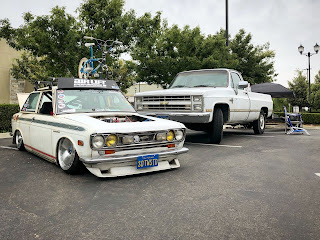 The 510 and the C20- I should really add some stripes to the truck to match the car! 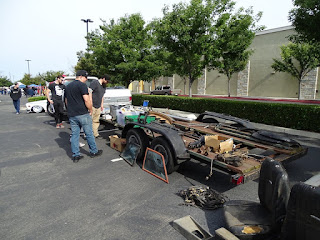 My trailer full of junk 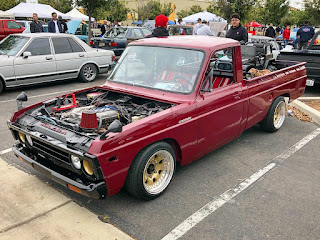 Miata powered. There was at least one vehicle at the show with the entire Miata chassis underneath- can't remember if it was this one though. 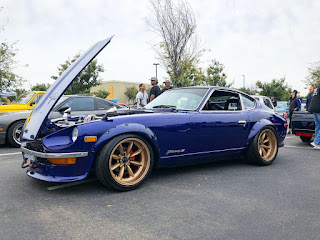 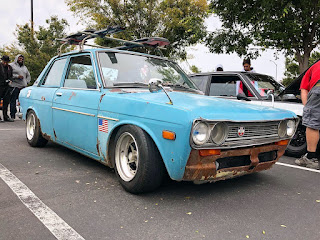 Fun fact: the hood on this car came with my 510! When I saw this car without a matching hood I knew they belonged together. 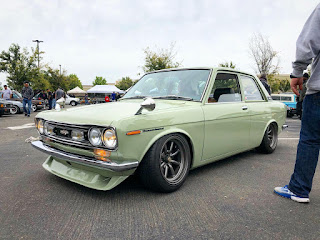 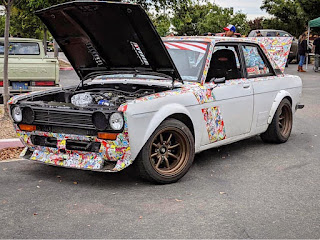 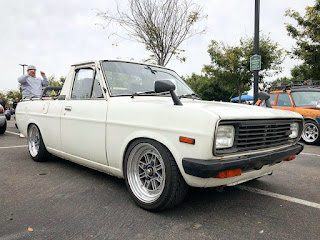 The Sunny pickup (or ute) was sold with only minor changes for over 30 years! This one has rectangular headlights, which makes it an 80s model if I'm not mistaken. 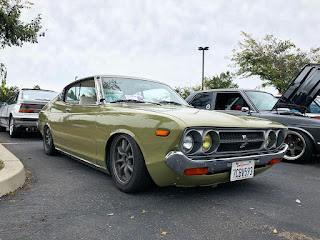 Everyone seems to know about 510s, but Datsun made a TON of other models through the 70s. This 710 (called a Violet outside the US) got a lot of attention at the show.
As usual, the Datslocos crew got judging handled quickly and did the awards ceremony early, leaving everyone free to either continue hanging out or pack up and hit the road before our luck with the weather ran out.  We chose the latter, loaded up the car and remaining parts, and were home by 2 just as the rain came back!
Previous Post
Next Post
Information
Browse By Category